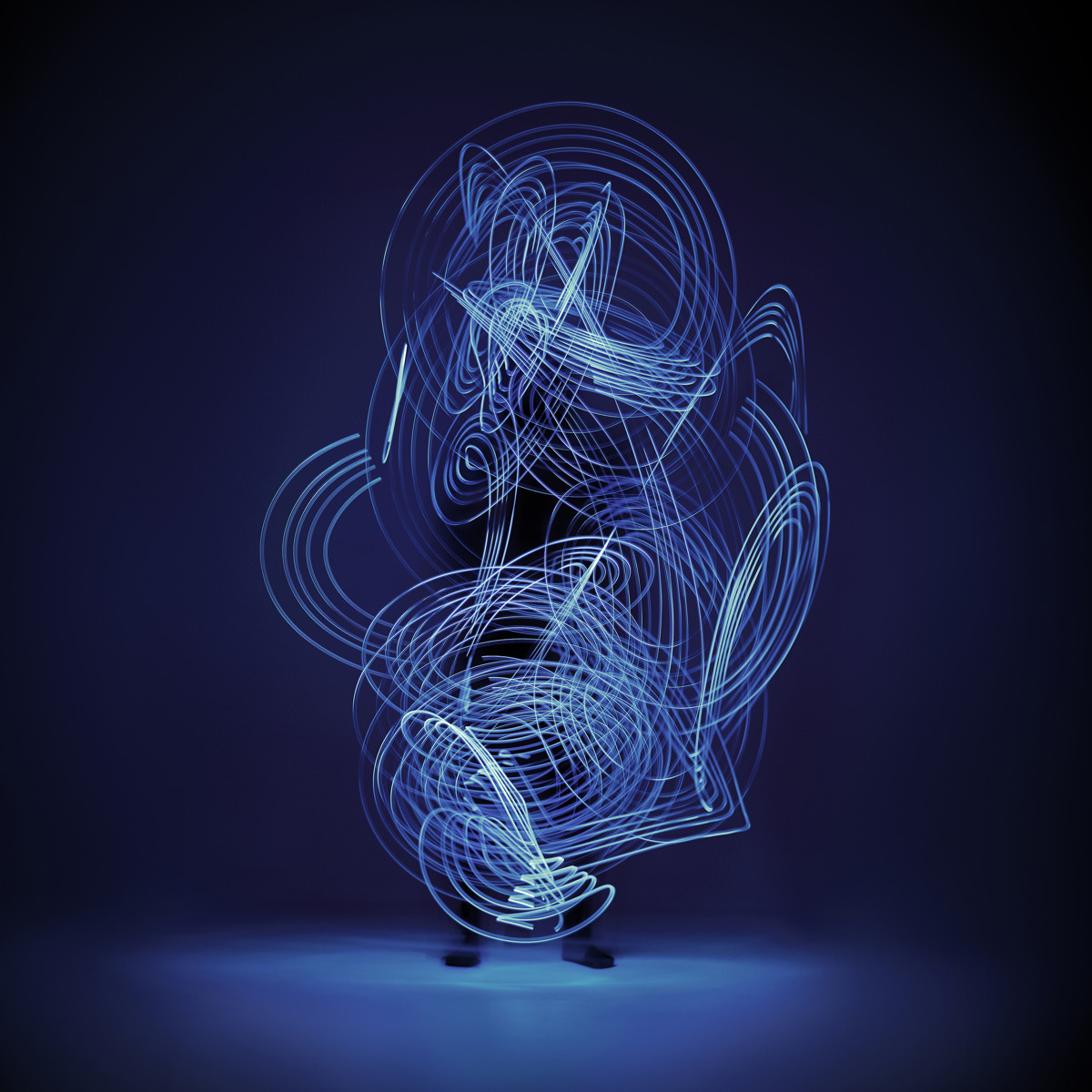 An avid user of Sennheiser and Neumann equipment, sound artist Maree Sheehan (Ngāti Maniapoto-Waikato, Ngāti Tuwharetoa, Ngāti Pākeha) is pushing the boundaries of audio and sound through contemporary sound art. Her practice is built on years of experience in the research of ‘audio portraiture’ – a method of capturing someone’s identity through immersive sound experiences - that eventually led to the creation of her debut solo exhibition Ōtairongo (presented by Artspace Aotearoa in association with the Auckland Arts Festival) and then as the only sound artist in the prestigious Toi Tu Toi Ora exhibition at Auckland Art Gallery.

Collaborating and producing sound art using Sennheiser and Neumann equipment for over three years now, she has created work alongside the likes of Chelsea Winstanley (Ngāti Ranginui). Now, and together with Sennheiser, Sheehan wants to pioneer sound technologies with her art to create a sonic and music community worldwide.

From growing up amongst a family of musicians, to attending classical piano lessons since she was eight years old, Maree was stirred by audial art from a very early age, “I have always been inspired by music since I was a child. My parents loved it, so it was always a strong part of our family. This gave me a great foundation in music theory, which I find useful now purely for communication,” says Sheehan.

Maree earned considerable acclaim from the onset of her music career. She was nominated for Most Promising Vocalist at the 1993 NZ Music Awards and Best Maori Song and in 1996, as well as awarded the Whangai Award for her contribution to Rangatahi (youth) in music. ​

Over the course of her career Sheehan dedicated her time to teaching and mentoring young composers, whilst creating her own compositions for screen in which she became a widely regarded singer-songwriter in renowned documentaries and short films such as Disrupt, Pluck, and more recently the Home, Land and Sea television series.

Off the back of her successful screenwork, Maree was a recipient of APRA Professional Development Award 2021 which is allowing her to be mentored by more established composers and sound designers such as Dave Whitehead and Chris Fauima (MU, from Fat Freddy’s Drop) and to experiment with new technologies and sound production for screen.

Making a statement in the music industry through immersive technology

Fast forward to 2021 and Maree’s career has continued an upward trajectory. Her audio content is increasingly popular, and she has expanded into the contemporary art industry using immersive sound.

The 3D audio and binaural recording Maree composed for the performance utilised immersive sound design with the Neumann KU 100 binaural head and the Sennheiser AMBEO VR Microphone, allowing her to “vividly capture Indigenous people from both New Zealand and Cherokee Nation playing traditional flutes, drums and vocals, alongside the sounds of the lands such as streams, lakes, stones, birds and animal life,” says Sheehan.

Having also recently completed a PhD at Auckland University of Technology, ‘The sound of identity: Interpreting the multidimensionality of wāhine (woman) Māori’, Maree, Tyrone Ohia and Extended Whānau earned the prestigious ‘purple and gold pins’ for the Best New Zealand Design Awards. The study takes particular interest in a new form of audio portraiture that interprets and represents the identity of wāhine Māori – the inspiration behind ‘Ōtairongo’.

“The utilisation of sound and music, especially immersive and binaural technologies allow spatial intimacy and provides a connection to the unseen, the sonic senses that connect us to emotion. Sound has the nuances and ability to provide experiences that go beyond the visual,” says Sheehan.

‘Ōtairongo’ debuted at Toi Tu Toi Ora: Contemporary Māori Art – the largest exhibition in the 132-year history of Auckland Art Gallery Toi o Tāmaki. With over 140,000 visitors, it was the first exhibition to take over the entire gallery and held more than 300 artworks by 110 Māori artists.

In Ōtairongo, Sheehan seeks to interpret and represent the identity of wāhine Māori through audio-portraiture, experienced within the realm of Hine Raukatauri (the Goddess of Flute Music). “Ōtairongo was the only sonic art and audio portraiture within the Toi Tu Toi Ora exhibition. It was the first of its kind in terms of sonic art and from Māori women’s creativity and expression and therefore curator Nigel Borell invited me to be a part of the biggest exhibition at the gallery,” says Sheehan.

“Sennheiser was pivotal in both the utilisation of immersive sound technologies thanks to the Neumann KU 100 binaural head and Sennheiser AMBEO VR Mic, which provided an excellent reproduction of sonic and spatial elements that was so important to get the full connection to the audio portraits,” says Sheehan.

The KU 100 is a dummy head microphone for a truly immersive binaural listening experience with headphones – although it uses only two channels, its spatial depiction appears three-dimensional and astonishingly realistic. The easy-to-use AMBEO VR Mic is an ambisonic microphone with a special design that allows you to capture the sound that surrounds you from a single point. As a result, these recording tools enable the capture of fully immersive sound, whether for virtual reality concerts, video games, films and more.

The Neumann NDH 20 is a closed-back headphone combining excellent isolation with a carefully balanced sound image and outstanding resolution – ideally suited to monitoring and mixing tasks, even in loud and noisy environments, with circumaural memory foam ear pads for long-term wearing comfort.

Contributing to the creation of the immersive experience in the audio-portraits, Sennheiser and Neumann provided a means for recording 360-sound spheres of both interior and exterior environments relative to each wāhine. Maree explains, “listening back to the reproduction of these 360-degree Sennheiser AMBEO sound recordings using my NDH 20s created a spherical spatial depth, whereby a listener is able to feel immersed in the same location as the material was recorded.”

Moreover, Sennheiser’s ambisonic sound capture increased the sonic texture and emphasised a unique experience of space and time in her work, “Sennheiser’s ambisonic sound capture was an important technological application, enabling me to record environmental ambient spaces relative to the participants personal, cultural and social settings,” she says.

Going global during the COVID-19 pandemic

The impact of COVID-19 on physical art spaces gave Maree the opportunity to engage with audiences from around the world and experience her art by digital means, “It didn’t change my art, but I did utilise the Internet to create a platform for Ōtairongo to be heard as the galleries were closed,” says Sheehan.

Though Ōtairongo remains a digital experience for audiences, Maree continues to plan for the exhibit’s future, stating “I also want Ōtairongo to tour worldwide, I am interested in looking at many galleries and artistic festivals once the world is in a healthier state from COVID-19 to position this experience.”

The future of immersive sound

While Sheehan continues dedicating her time to lecturing at Auckland University of Technology and mentoring young composers, as well as creating her own compositions and writing for screen, she is laser-focused on the future of immersive sound technology.

“As much as I would love to disclose the project’s full details as yet, I can only say that I am currently exploring ways to use Neumann and Sennheiser’s AMBEO and binaural products in audio mapping of environments and also looking to see what new sound technologies can be used underwater.”

The images accompanying this press release can be downloaded here.

About Sennheiser
​Shaping the future of audio and creating unique sound experiences for customers – this aim unites Sennheiser employees and partners worldwide. The independent family company, which is managed in the third generation by Dr. Andreas Sennheiser and Daniel Sennheiser, is today one of the world’s leading manufacturers of headphones, loudspeakers, microphones and wireless transmission systems. In 2020, the Sennheiser Group generated turnover totaling €573.5 million. www.sennheiser.com

About Neumann
​Georg Neumann GmbH, known as “Neumann.Berlin”, is one of the world’s leading manufacturers of studio-grade audio equipment and the creator of recording microphone legends including the U 47, M 49, U 67 and U 87. Founded in 1928, the company has been recognized with numerous international awards for its technological innovations. Since 2010, Neumann.Berlin has expanded its expertise in electro-acoustic transducer design to also include the studio monitor market, mainly targeting TV and radio broadcasting, recording, and audio production. The first Neumann studio headphone was introduced at the beginning of 2019. Georg Neumann GmbH has been part of the Sennheiser Group since 1991, and is represented worldwide by the Sennheiser network of subsidiaries and long-standing trading partners. www.neumann.com