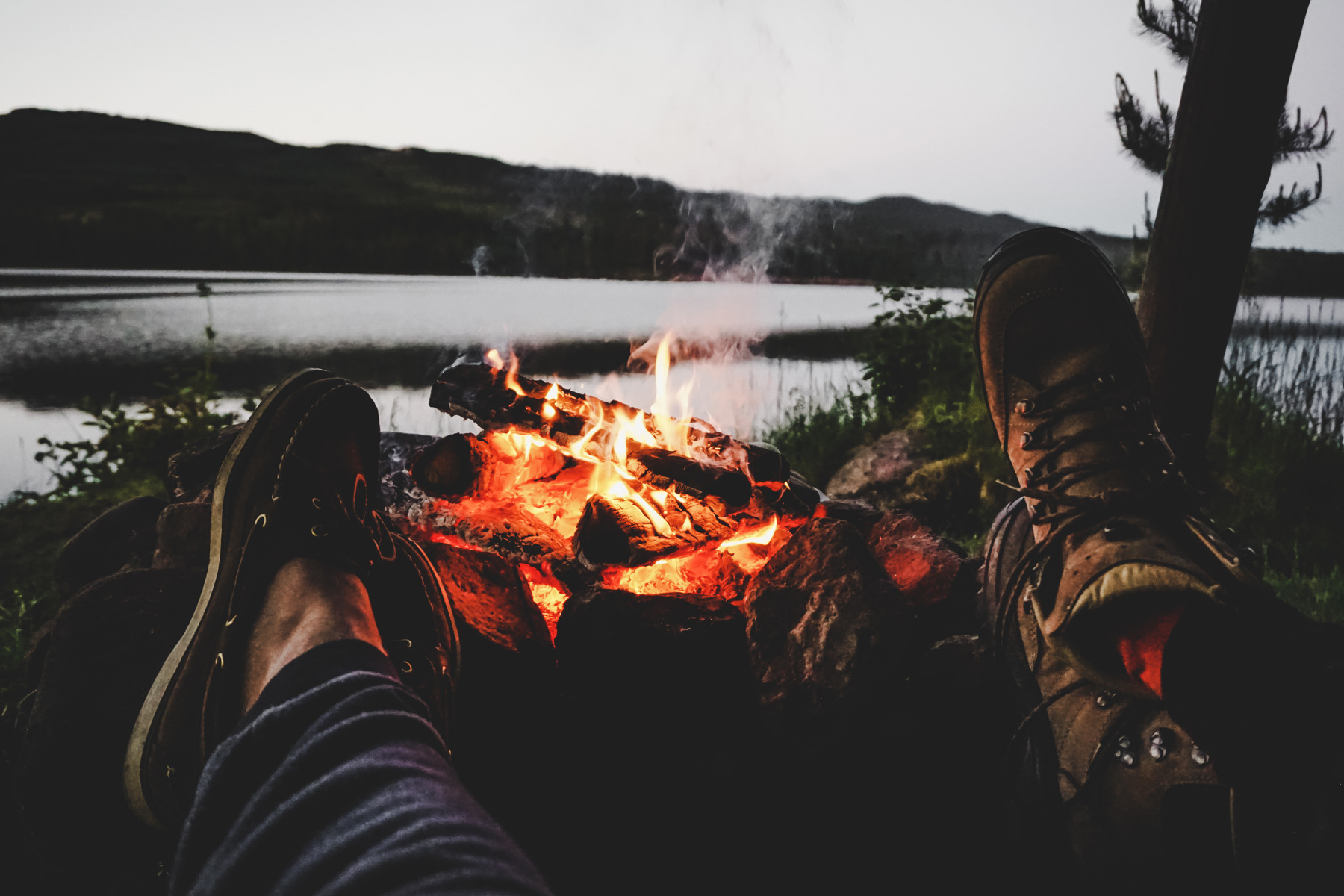 The best stories are told around the fire—that much has never changed. Even since humans developed a shared language, we have been passing on legends, stories and fairy tales. All while the fire crackles away beside us. It is the nature of stories that they are not always passed on in exactly the same way—that is what allows them to change and evolve.

For the earliest humans, fire was not so much a pleasant source of warmth as a threatening force of nature. It came to us through lightning strikes or volcanic eruptions, and it took our ancestors a long time to realize that they could harness the flames.

It drives away danger and helps us grow.

Early humans began to utilize naturally occurring fire by igniting branches and leaves and keeping them burning in their camp. Instead of spending hours chomping on roots and raw meat, they began experimenting with cooking. The advantage of warm food is that inedible roots became edible and hot meat more digestible. This new way of eating provided much more energy for our ever active bodies. But not only that: it also made our brains grow, and thus had a direct influence on human evolution. In other words, it made us smarter.

In the days of the first settlements, we began to put limits on fire, to lay down rules about where in the camp the fire could be made—and to tell each other stories. It was in the Stone Age that we discovered that a lump of pyrite and a flint stone, when struck against each other, produced sparks that we could use to start a fire ourselves. Birch polypore and tinder fungus, two particularly flammable types of mushroom, were used as kindling. The ability to ignite and control fire stands as one of mankind’s greatest achievements—one that has lost none of its fascination to this day.

The crackling of the fire tells a story.

When we light a fire, it doesn’t have to be just a backdrop to our own stories: we can also listen to what the crackling of the wood has to tell us—it’s own life story, as it were.

How much a wood cracks depends on the proportion of moisture in the wood. When the wood is lit, water starts to evaporate in the outer layers, which then contract quite quickly. Since wood is usually much moister on the inside than on the outside, burning creates a lot of tension that has to be discharged. If there are cavities in the wood, this leads to tiny, literal explosions in the wood—which provide the startling pops that everyone loves around a campfire. The longer the wood has been seasoned, the less likely it is to spark.

Each species of wood has its own signature sound and burning behavior.

Spruce burns quickly and emits a sharp hiss. It’s ideal for starting a fire, but you have to top it up quickly. Oak also burns readily, but you can enjoy it for longer (unless it’s stored improperly and damp, in which case it smells unpleasant).

Those who like a good crackle and pop might opt for the fierce fire of pine. Birch and beech burn quickly and evenly, providing a calmer fire with fewer sound effects. And if you want to add a pleasant smell, you might choose a wood with a high resin content, such as larch. If we listen carefully we might hear not only the exciting stories told around the fire, but also learn something about the history of the wood that burns for us.